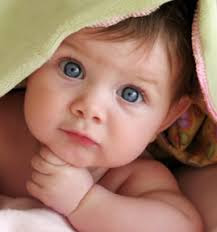 If you read my previous post on my sons' names, you'll know that this post is about my daughters' names.

When we found out that we were going to have twins, I vowed that there names were not going to rhyme or alliterate. We weren't going to do Jadyn and Jordan, or Kim and Tim, or Esther and Edgar (all likely candidates for other, less elitist parents, especially Esther and Edgar). I did want the names to have something to do with one another somehow.

Felicity's first name has little to do with its underlying Hebrew meaning or its tie to Biblical history and everything to do with the fact that this was a name that Kristi had always wanted one of her girls to have because she liked that it meant "happiness".

So, to tell you the truth, I didn't do a lot of research on this name because its place in our family had already been decided.

But, it was excellent material to work with. The initial spark that 'Felicity' provided gave life to two of the most meaningful names in our family.

It turns out that Felicity really means two things. First, 'felicity' is an English word meaning 'happiness', just like Kristi said. Second, however, it relates back to a Roman goddess of good fortune and success, Felicitas. It's male version, Felix, means 'lucky, successful'. While I don't really think that luck = happiness, you already know by now that I love double meanings, and that was a good start.

Many girl names get weird spellings and Felicity's middle name is no different. We wanted the middle name 'May' and we gave it the spelling 'Mae' to be different. It would be fun if there was something cool to that minuscule twist, but there isn't.

'May', on the other hand, was picked for very specific reasons. 'May' is a derivation of 'Mary'. (May is also the fifth month of the year, but that doesn't seem to have a lot of juice in it)

'Mary' has several possibilities. First, it is related to the Hebrew name 'Miriam' which means 'rebellion' or 'bitterness'. Both of these are awesome because they give a dualistic nature to Lici's full name: Felicity Mae = "happiness bitterness" or "success rebellion". Being in the dualistic mood as I was at the time, this fit the bill perfectly. In Felicity's baby blessing, I made a careful point of telling her that from the ashes of bitterness grows happiness and that, in our world of opposition in all things, one cannot be understood without the other.

Second, Mary is a Latin name that means "star of the sea". This meaning will have greater value once we discuss Seren's name.

Mae, then, refers to two of the most important women in the Bible. The first is obviously Mary who, through the 'bitterness' of child birth, gave life to the Savior of the world who would repair the breach in our Heavenly Father's Plan of Happiness. The second is Miriam, the prophetess of Israel during Moses's time. Miriam gets some interesting face time in the Bible. For example, in , she is placed alongside Aaron and Moses: “And I brought you forth out of the land of Egypt, and redeemed you from the house of bondage, and I sent before you Moses, and Aaron, and Miriam.” After the Israelites were delivered from Egypt and Pharoah's armies were drowned, Miriam wrote a couplet that Moses sang to the men and Miriam sang to the women. Miriam was the General Relief Society President. :)

By the way, I love calling her 'Lici Mae'. I think it's cute.

Contrary to popular belief, Seren's name doesn't refer to the poisonous gas, sarin, but there are times when changing any child's diaper that that assertion could be challenged (there was a cute joke in our family for a while about when someone smelled 'seren gas'). It also is not a derivative of Sarah and is not pronounced Se-REN. Such are the trials when you completely make the name up.

'Serend' is a shortening of the word 'serendipity'. It's meaning is roughly 'unexpected happiness' or 'happy accident' (we will get to the there's-much-more-to-it section shortly). I remember proposing this to Kristi in the car just a day or so after we found out that we were having twins. The idea of having our one "expected baby" be called "happiness" and the unexpected twin called "unexpected happiness" was intoxicating. After that, we could never come up with a boy-boy combination that we liked (I really liked Joshua and Caleb, but we had unfortunately already used Joshua), and so I'm really happy that it turned out to be two girls. :) (We, of course, being crazy people waited until they were born to find out the gender.)

We shortened it because Kristi is always concerned about low-hanging fruit for teasers. One of the first things that she does (which I think is not a good practice, but maybe that's because I'm a guy) is thinks of all the possible taunts that could be derived from the name. In the case of 'Serendipity', Kristi latched onto 'dipity doo' and my hope for having a Serendipity in the family was over.

We went with Seren. Later on, I would convince Kristi to put a 'd' on the end for anagram purposes that I will talk about later on.

Back to 'serendipity,' though. The meaning of the word is much richer than just "unexpected happiness". It was actually voted one of the ten hardest words to translate in the English language. Serendipity is "a propensity for making fortunate discoveries while looking for something unrelated". It relates back to a letter written by Horace Walpole wherein he explains a Persian fairy tale--The Three Princes of Serendip--where the three princes were constantly making "happy accident"-type discoveries.

'Rochelle', as usual, has two meanings. Its origin in French means 'little rock'. This really has nothing to do with serendipity until we look at the alternative meaning for 'Seren'.

As a total happy accident, 'Seren' also is Welsh for 'star'. After Seren's baby blessing, Kristi's sister Leslie said that she liked that Seren's name means 'little rock star'. :) Actually, the original intent was to add meaning to 'serendipity'. Where some see a 'little rock', the more sagacious among us see a 'star', or, the diamond in the rough.

This adds one last tie between my two daughter's names. They both mean 'star'. Mission accomplished!

Incidentally, there is one more wrinkle to Seren's name due to the unique way that she entered into our family.

See, Lici and Seren came five weeks early. They were about to come anyway (Kristi was on bed rest), but the reason that they came then was because Seren's foot had broken Kristi's water. Once Kristi was all prepped in the delivery room, one of the nurses gasped because the offending foot was actually visible, sticking out from Kristi's body.

We decided that was enough to try and add something original to Seren's name. We thought something to do with dancing would be appropriate.

I decided on an anagram. Unfortunately, there was no 'd' in the name at all, and it would be hard for the anagram to be about dancing without it. Kristi conceded, and 'Seren' became 'Serend'. It also had no 'a', so 'Rochelle' became 'Rachelle'.

While a little corny, I rearranged the letters in "I, Serend Rachelle Cummings" to:

For some reason, I've had questions about Merengue and Chill. 'Merengue' is a style of dance. 'Chill' is an urban adjective meaning 'awesome', 'sweet', or otherwise 'stellar'. People just need to read the dictionary more often.

There are a number of boy names that I like for either first or middle name:

* Dathan, (rhymes with Nathan) a Hebrew name meaning 'source'
* Sawyer, a carpenter
* Sinclair, derived from Saint Clair, or 'holy light'
* Clive or Staples, but not both, the name of C. S. Lewis
* Finlay, a Gaelic name meaning 'fair-haired courageous one'

For a girl, I think that Kristi will want 'Hailey'. When we got married, she mentioned that she really wanted to have a 'Hailey' one day. A 'leigh' is a meadow, so 'Hailey' means 'hay meadow'. Recently, a "hey-hay" inside joke was developed between us and our kids, so, I think that having the middle name mean 'hey' would be cute. Here are some names that relate to that:

Dunno, what do you think?

Jennifer Eliza said…
I hadn't heard the name Grayden before. But since you've already named him, then my opinion doesn't matter. I do like Grayden Christopher, though the spelling all Grayden through me at first.

At this point I just have to decide as I get to know the little guy whether I think he is a Grayden or not. (I've met very few people who I felt like their name didn't fit them at all, so I think you're pretty safe.)

Now we all want to hear why you decided to use Grayden Christopher & the meaning behind the name.
1:47 PM