Twas the Night Before Pi Day 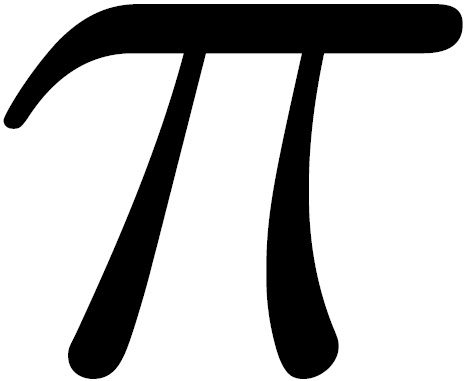 Twas the Night Before Pi Day
by Joshua Cummings

Twas the night before Pi Day, when Archimedes, the muse,
Went to pay me a visit whilst I took a snooze.

I'd visions of carrot cake, candy, and cheese
When dashed open my window and entered a breeze
That stirred me to consciousness, albeit in time
To see my face plastered in pie of key lime.

And once I'd removed the fruit from my eyes
And put on my spectacles did I realize
That before me presented a most divine spectre
Who clearly possessed the Key Lime Projector.

"It's a fulcrum, you see!" he began to explain,
"All I use is this crank to cause the right strain,
"Then releasing its fetter it launches sky high
"The juiciest pie of key lime in your eye!"

I sat there immobile for what seemed a year,
As the spectre protested I his genius revere,
When clearly it came, the fine revelation,
Of his piety, honor, achievements, and station.
With his little old catapult, so lively and quick,
I knew in a moment that this must be Saint Archimedes.

Not losing just one of St. A's precious seconds,
A whiteboard and green Expo marker he beckoned
And drew a fine circle, and through it secanted.
"Hmm, a chord would be better," the math geek recanted.

And so, with his elegant drawing corrected,
He turned aft to see what reaction affected.
I hesistated, worried to offend the deceased,
"It's pi!" were the words that St. A released.

"Pie?" I asked meekly, now wiping my brow,
"No, pi!" he expressed, with more fervor now.
Thence, he spoke not a word, but went straight to his work,
Drawing circumscribed dodecagons with a smirk.

Steadily working towards sides 96,
He'd calculate ratios twixt perimeter and width.
When, at once, he shouted "Two-hundred-twenty-three
"Over seventy-one is the lowest you see!"
"With the maximum being twenty-two over seven!"
And with that disappeared he again to the heavens.

My mouth still agape at this choice visitation,
I stared at his peculiar mathematical creation
And wondered if infinity was really contained
In a ratio of circuit to score preordained.

I laid down my brain, though still somewhat limed,
With no hope of rest with it being so primed.
When in the echoes of eternity, I heard:
"Give me a lever, and I'll move the whole world!"


Happy Pi Day to all and to all a good night!