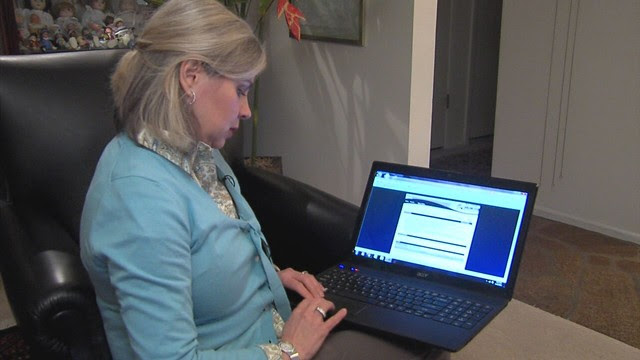 I met Wanda Amann at the same time as Steve Nelson and Jake Petersen.

I don't have a lot to say except that I am disappointed that this is the best the Republican party could come up with to challenge Sherrie Swensen.

Wanda is very new to politics and as far as I can tell worked very hard on the Romney campaign.  Other than that, she hasn't worked in the County Clerk's office or any other government position that would help her to understand what the job would entail.

She gave a short pitch about herself as a candidate which amounted to her stating that she was a Republican several times over and that she would bring innovation to an office that hasn't seen a change in over 20 years.  She (perhaps inaccurately) came off as reasoning that she deserved the position because she was not a democrat.

She half-heartedly mentioned that she felt there needed to be more automation in voting, but failed to describe what that meant.

Delegates at the meeting were the ones that brought to Mrs. Amann's attention the fact that Sherrie Swensen consistently places the democratic candidate at the top of the ballots, which they felt was unethical.  (To be fair, Mrs. Amann may have already known this, but she did not bring it up herself.)

I was pleased with the contributing role that she played throughout the evening to bolster Mr. Nelson and Mr. Petersen's positions.  She was good at offering anecdotes and statistics to support their points.

Mrs. Amann currently is an excellent individual contributor, and would be a great asset in a cause she believes in.  In time, she may gain enough experience to lead, but if she were to be placed in the clerk's position at this point in time, I believe she would get eaten alive.

Unknown said…
Josh, I met Wanda for the first time the same evening. However, I took the time to talk with her then and subsequently and now know she is well qualified to be the next SL County Clerk. She had only filed her candidacy papers a couple of days before that night and was thrust into the limelight with little preparation. She has since refined the focus of her message. See her website at www.vote4wanda.com and feel free to contact her directly at 801-671-9195. I hope you will reconsider your immediate impression and retract this comment or post another that is more kind and enlightened.
8:29 AM